by Pep Talk Radio | Get Inspired

Once Dr. Peterson said that If you stand up and do something correctly, people who care about that sort of thing will notice and they will open doors for you. That’s how the world works.

I couldn’t agree more with him. We tend to keep thinking about millions of option and most of the times we end up doing nothing. If we want to be known, noticed, and appreciated, we must start with whatever we have.

There’s no benefit in waiting for the right moment or idea, but that may never come. So just start NOW and even if you fail, you’ll learn something and you won’t make the same mistakes again.

The goal for young people should be to turn themselves into a person who stands up straight, who pays attention, who can think, who can speak and and who can act in relationship to the highest good.

I believe that that’s a way of being, that’s noble enough so that if it’s enacted it also takes the sting out of the tragedy of life. There’s something noble about bearing up under a heavy load and human beings have a heavy load, there’s no doubt about it.

Now the question is can you build yourself up into something that’s strong enough to lift that heavy load without complaint and without corruption. That’s a noble goal, that’s what young people should be doing.

You’re already overwhelmingly rich by historical and even worldwide standards. You’re already in the top one tenth of one percent of all the human beings that have ever lived.

The radical leftists overestimate the utility of wealth in relationship to its capacity to solve the fundamental problems.

It’s not easy to handle money it disappears. If you don’t keep an eye on it, if you’re not watching it and monitoring it, generally speaking it disappears.

Most family fortunes disappear in three generations and most fortune 500 companies only last 30 years.

There is a one percent but it churns you know. The one percent 10 years ago, they’re not the same people that are the one percent now. People don’t understand very well because they don’t look into it at all.

To turn everything into a univariate problem, like a one variable problem is the hallmark of a tremendously ignorant and weak mind.

Money has its utility, primarily as a tool for doing things. You can think about it as a means for obtaining luxury items but that gets dull pretty quickly. 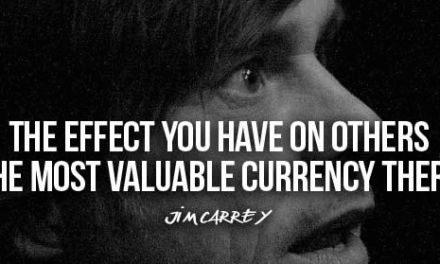